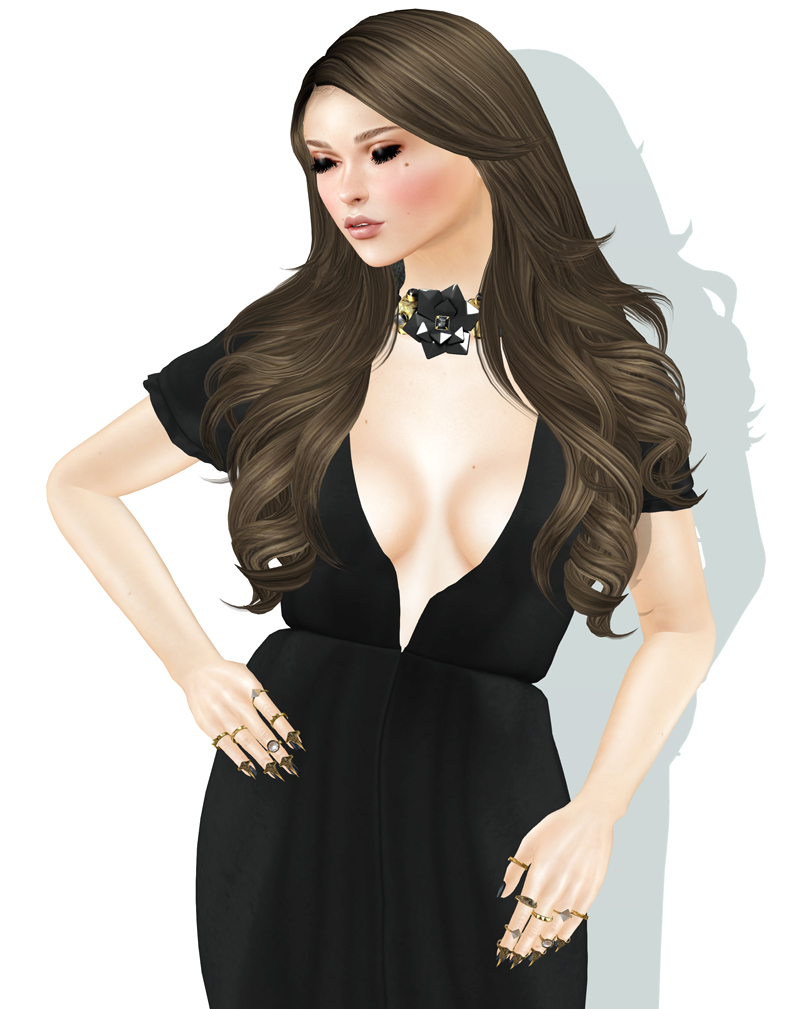 I was inspired by several items I have collected over this last week to focus a post on making a statement. My necklace from Shi is very much a statement necklace, although I have done a masterful job of hiding some of it :p I also love the new ring set from ieQED at We <3 RP. You don’t have to fiddle to fit any of them if you’re using a fitted set \o/ 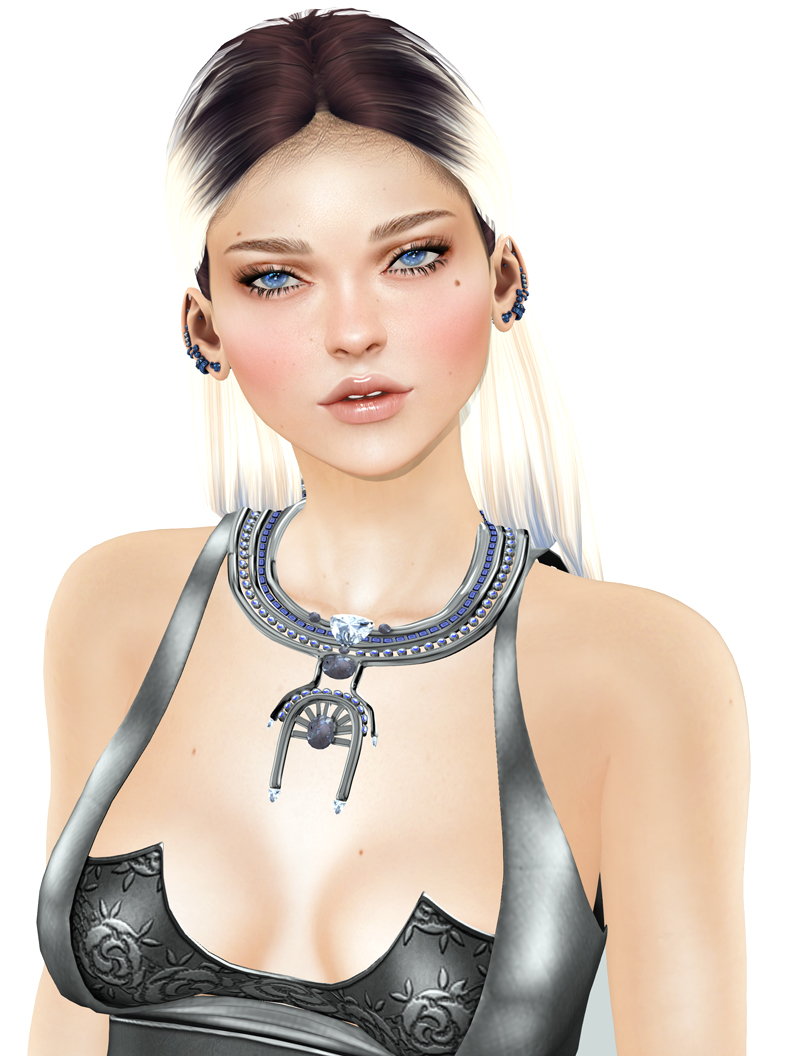 The Fishy Strawberry Isis necklace is quite literally a statement. I have made it somewhat smaller here to fit my frame and the dress but wow, so many ways to customize. It’s available at The Chapter Four. 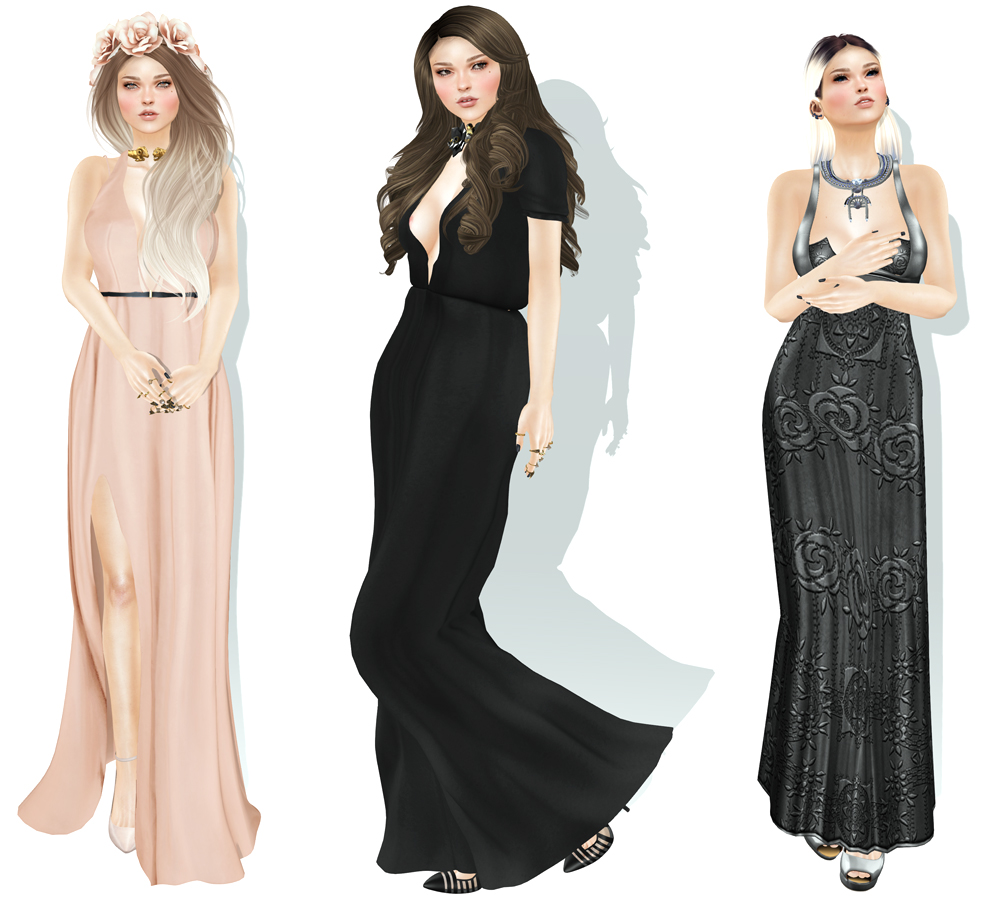