I love the bright idea behind my turquoise scarf and hat, paired with more neutral staples. The hat/hair combo is another item from the grab bag New Years gift from Ryvolter (and its other brands). I wish the hat could be separated from the hairstyle, because it’s so good. 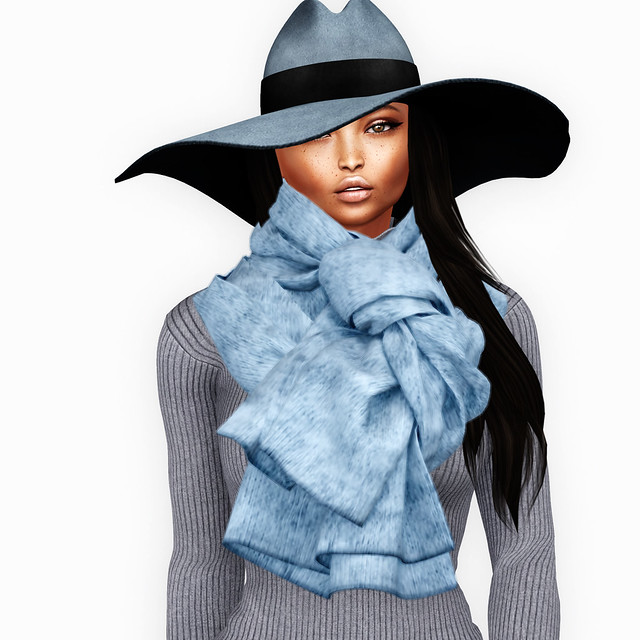 My skin is just released from Fiore for LeLutka and it’s incredibly well done, as you would expect. Coco comes with several options for freckles, contour, and lipsticks. TBH I would like Fiore take another stab at their own bento mesh head and hope to see some improvements on Alura or a new head this year. 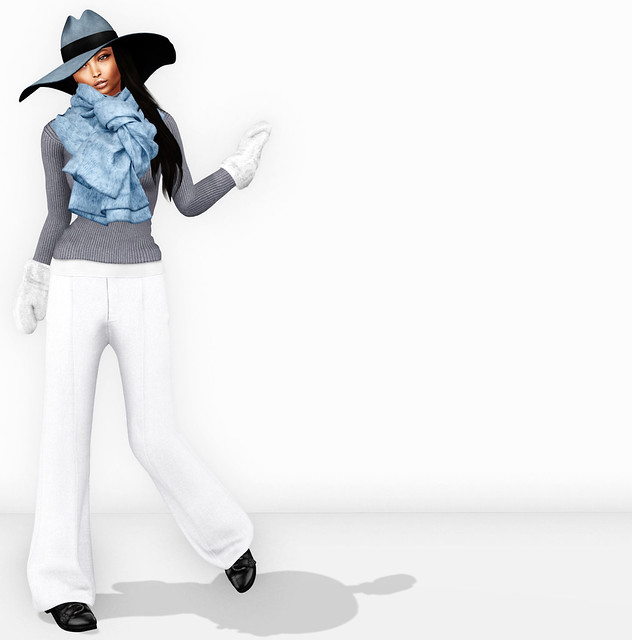 This look is pretty much my philosophy on styling all baked into one simple style – splashes of bright with a base of foundational staples, finished by the absolute best shoes. I loveddddd these ankle boots when they were released a ways back (the details are sooooo good – so be sure to zoom in if you pick them up). They aren’t new but they are – IMO – the best classic flat boots in my inventory. I wanted to make sure they’re still available before I went all hyperbolic and yes, they are on marketplace (link in the credits).

Have a great Friday!

← Grab Bag
Down the rabbit hole →