I don’t know about anyone else but at the moment I am truly on the scramble to start (!!!111) holiday shopping. Once I go on official holiday next Thursday for the rest of the year, I expect to be living on the streets trying to scramble to get everything I need for Christmas. 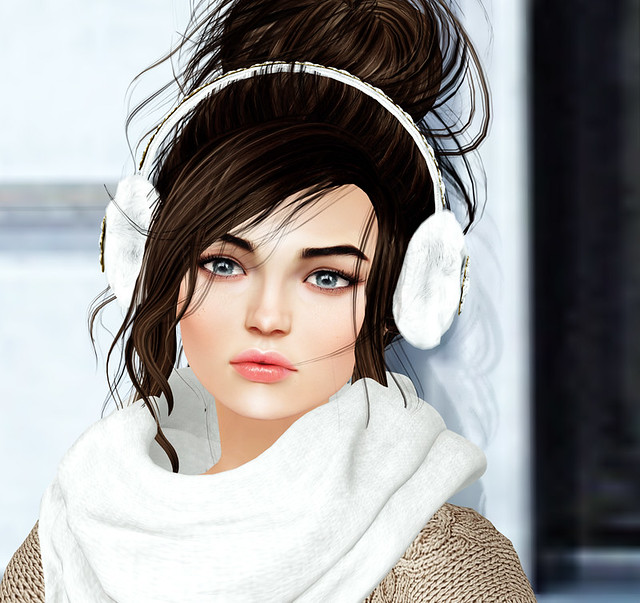 As the youngest child of a mixed family that celebrates both Jewish and Christian holidays, you can bet that Decembers aren’t so relaxing but often super stressful. Especially when no one provides me with a list or even hints 😮 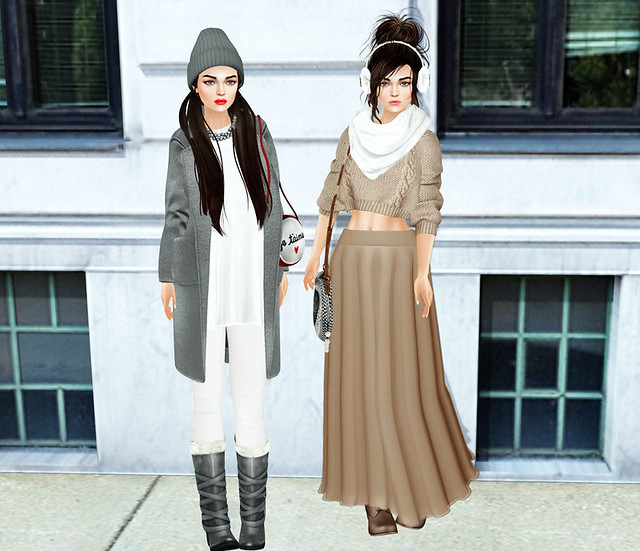 I took some of my stress out in SL, doing the proverbial scramble from event to event here (I really miss crawling over sims to visit new stores :/). Some hits, some misses.

Hits? Many of the items at Collabor88 were huge hits for me (these earmuffs from Noodles and boots from Ingenue are two of my favorite items!).

Misses? Well, sometimes our eyes are bigger than our wallets. For example, the new head from Genesis Lab looked cute but a bit similar to previous releases, and the appliers sold separately don’t seem to work on all Genesis Lab 2.0 heads? I am wearing the new Ellie applier here but with an older head (Marie) and created what looks like the new head out now at Collabor88…so, I would honestly save your $L and just get an applier if you like the skin, which is very pretty. However, the appliers won’t work on your Jiang head if you have it (and that one is my favorite) and maybe others, so be sure to demo.